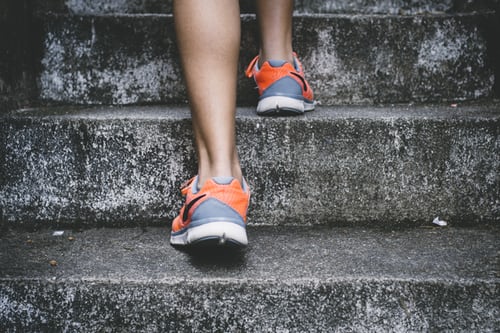 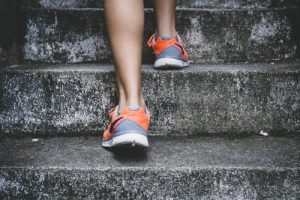 From casual strollers in the park to purposeful striders in the mall, armed with phone trackers, watches, wearables or pedometers, walkers are everywhere, tracking their daily tallies to reach the magical 10,000 step mark. However, as reported in Nature, few are actually reaching it, as the average number of steps achieved daily is approximately 5,000 worldwide and slightly lower in the U.S. at 4,800. Do we all need to step up our efforts? We’ll consider why 10,000 steps became the holy grail of fitness walking and how recent research suggests that optimal outcomes may be possible at lower numbers.

You may be surprised to learn that the number originated at the Tokyo Olympics in the 1960s with manpo-kei, Japanese pedometers, which were then marketed to the country’s walking enthusiasts. The term translates to ‘10,000 steps meter’ in English, and gradually became the accepted standard for optimal fitness in the U.S., even adopted by the American Heart Association. While not originally based on scientific data, years of research followed, building a solid case for the role of 10,000 steps in lowering blood pressure, reducing risk of cardiovascular diseases and diabetes, improving cholesterol, enhancing mood and easing mental stress. Regarding its impact on diabetes, Dr. Michael Roizen, chief wellness officer at the Cleveland Clinic in Ohio, said: “That specific number of steps seems to help break down insulin resistance, an underlying cause of Type 2 diabetes. This amount of exercise takes the glucose from the blood where it is a hazard to the cells so that it becomes less hazardous.”

The 10,000 number continued to be scrutinized and analyzed, and in 2018, the Physical Activity Guidelines Advisory Committee identified a critical gap in knowledge regarding not just the optimal number but intensity of steps needed to improve outcomes.  A 2019 prospective study based on more than 16,000 older women who participated in the Women’s Health Initiative, yielded some interesting results, as reported in the Journal of the American Medical Association:

The study’s conclusion: “These findings may serve as an encouragement to the many sedentary individuals for whom 10,000 steps daily pose an unattainable goal.”  In a follow-up interview the study’s lead researcher, Dr. I-Min Lee of Brigham and Women’s Hospital, added: “The findings are applicable to older men as well because previous research into physical activity and its benefits for preventing premature mortality and enhancing longevity have shown that there are no differences between men and women.”

The value of fewer than 10,000 steps was also noted in earlier research by walking expert Dr. Catrine Tudor-Locke. She found the most significant health improvements occurred at the first 3,000 to 4,000 steps beyond the sedentary baseline (which she defined as less than 5,000 steps).

However, more steps may be better depending on your health and wellness goals. If you’re looking for an effective way to manage weight or stave off middle-aged weight gain, completing 10,000 steps each day will burn additional calories, and can be effective at helping you stay at your desired weight. For these purposes, a walking pace around 100 steps a minute, leaving you slightly out of breath, is recommended.

The bottom line on walking: there are nothing but benefits from walking at any age and for every type of health and wellness goal. As Hippocrates sagely advised centuries ago: “Walking is man’s best medicine.”

To get started, please join me at an upcoming “Walk with a Doc” event for an hour of fitness, fresh air and fun at Lago Seco Park in Torrance. At our last walk, we walked 4 laps which equate to 5600 steps, more than halfway to the daily 7500 steps. Visit our website at scotttongmd.com for more information on our upcoming walks.

Contact South Bay Concierge Medicine for All Your Health Needs

If you’re looking for more healthy ways to improve your lifestyle, contact me today! Give us a call or visit our website at scotttongmd.com.

Got Milk? Or Calcium Supplements? Or Neither?